The award recognizes Wagner for his exemplary abilities to successfully litigate complex claims before a jury, mentorship of the next generation of trial attorneys and leadership in navigating the challenges posed to courtrooms by the pandemic. The award will be presented at the WAJ annual dinner in Milwaukee on Dec. 3.

Wagner is a shareholder in the Habush Milwaukee office and specializes in representing victims and their loved-ones in the areas of nursing home abuse and neglect, auto accidents, personal injury, wrongful death and more. His courtroom accolades include obtaining over 25 favorable jury verdicts, three of which were seven-figure jury awards, and serving as an advisor to Milwaukee County on restoring jury trials during the 2020-2021 pandemic. In addition, Wagner tried one of the first Milwaukee County jury trials in 2021 (April) and won a verdict in excess of a half of a million dollars for his client in a four-day jury trial.

The WAJ award is named in honor of Robert (Bob) Habush, former chairman of the board of Habush Habush & Rottier S.C. and son of the firm’s founder, Jesse Habush. Bob previously served as president of the WAJ (formerly WATL), the American Association for Justice (formerly ATLA) and served in leadership and teaching roles across the legal industry.

Early in his career, Wagner was recognized as one of 20 up-and-coming lawyers in Wisconsin and a Rising Star in Wisconsin law. He’s consistently been listed by Best Lawyers in America for personal injury litigation. He previously served as president of WAJ and has held membership and leadership positions across various legal organizations and for community and civic causes.  He serves as Chair of the Medical College of Wisconsin’s Neuroscience Research Center advisory board, and currently serves on the board of directors of Sojourner Family Peace Center, Discovery World, and the Hispanic Professionals of Greater Milwaukee. In 2016, he was honored with a Leaders in the Law award from the Wisconsin Law Journal. 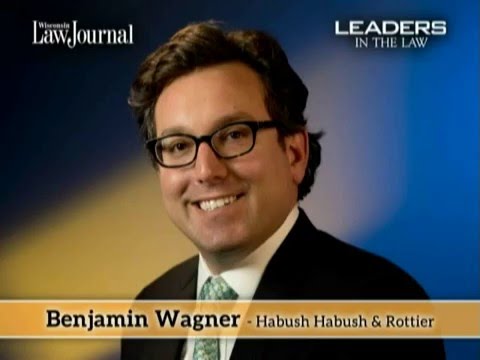 Previous: Opponents say Wisconsin GOP maps continue gerrymander
Next: Where have all the grievances gone?