TRENDING
Home / Commentary / Blogs / JOB CITES: Do you ever get the feeling you are being watched?

JOB CITES: Do you ever get the feeling you are being watched?

Every manager receives those telephone calls.

Very often the call occurs just before the start of an employee’s shift. Sometimes, it’s a voicemail message left at 3:16 in the morning. The gravelly voice. The cough and cleared throat. The strain in every word. “I … won’t … be … in … today” or the even more sheepishly apologetic, “I’m so sorry (pause), but I don’t think I’ll be able to (longer pause) make it in today.”

Listen any more closely and you would think you might catch whatever bug has felled the employee. 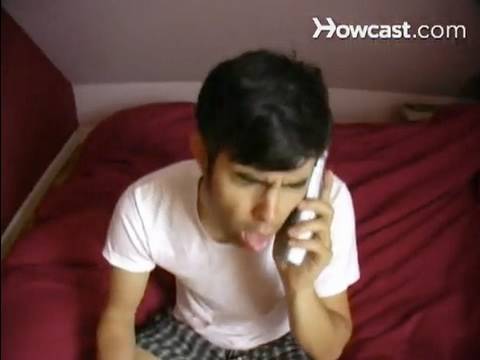 Usually the manager just makes a note of the absence, shifts job duties around as necessary, and goes on with the day. But every so often, there’s a situation that plants some seeds of doubt in a manager’s head. It could be, for instance, the realization that it’s a Friday. And didn’t that same employee call in sick exactly three weeks prior — on another Friday?

In fact, isn’t this employee absent only on Fridays and Mondays, and usually only gets colds or the flu during baseball season?

Sometimes employers with suspicions that an employee is abusing sick leave by calling in sick when perfectly healthy will pay a private investigator to follow and spy on the absent worker. Indeed, the practice appears to be increasing, coinciding with an increase of employees abusing sick leave.

According to a report cited by Business Week, there has been a nearly 20 percent increase between 2006 and 2008, from 37 percent to 57 percent, in the number of salaried employees who took sick leave when they were not really sick.

Anecdotes regarding these investigators’ assignments are amusing. For instance, there was the employee who called in sick with the flu for three consecutive days. However, she was followed by an investigator to a major amusement theme park. The investigator’s job was made all the easier when the employee rode three dare-devil roller coasters, which had cameras strategically placed to take pictures at certain hair-raising points on the ride. The investigator purchased the pictures, each date stamped, which were made available for public purchase at nearby kiosks.

On the other hand, employers attempting to keep tabs on their employees can be out-witted, especially by the more technically savvy employees. One employer thought it was clever by issuing its employees cell phones with a GPS tracking system. One employee, worthy of Ferris Buehler comparisons, wanted to play hooky from a business trip and simply shipped his cell phone to the hotel.

How do courts feel about this clandestine behavior by employers?

When the Seventh Circuit spoke on this issue, in the case of Vail v. Raybestos Products Company, 553 F.3d 904 (7thCir.2008), it found the surveillance tactics a little distasteful, but nevertheless gave them a green light.

Vail v. Raybestos involved a third-shift employee who suffered migraines. She was approved for intermittent medical leave. For her employer, a red flag was raised when it noticed that her migraines often crept up on short notice, as she would call in just prior to the beginning of her shift. Further, during the summer months, her leave requests increased in frequency.

The employer also knew that Vail’s husband operated a lawn-mowing business, and spring and summer were obviously prime mowing seasons. Given all this, Raybestos became suspicious and decided to probe a little further into what Vail was doing while on leave. To that end, Raybestos engaged the services of an off-duty police officer to monitor her.

Sure enough, not long after, Vail called prior to one of her shifts to say that she would not be able to make it in due to the onset of a migraine. She provided the company with a doctor’s note that stated that she was not to work for the next 24 hours. However, the following morning, Vail was observed leaving her house, filling up two lawn mowers at a nearby gas station, and taking them to one of her husband’s job sites, where she and another person mowed the lawn.

That afternoon, Vail called in to Raybestos, saying that she would be out again that evening due to the onset of another migraine.

Vail’s employment was terminated, and she sued the company, claiming that it had violated the Family Medical Leave Act by interfering with her rights by terminating her employment. The district court granted summary judgment in favor of Raybestos, which was affirmed by the Seventh Circuit.

As the Seventh Circuit stated in its decision, “Though the use of an off-duty police officer to follow an employee on leave may not be preferred employer behavior,” it was not unlawful for Raybestos to have engaged in that conduct.

Regardless of the fact that it is lawful, businesses that employ surveillance tactics may want to take into consideration the impact on employee morale if workers learn of the use of such tactics. Further, perhaps the best lesson to be drawn: If you ever call in sick, you may want to peek out the window and see if there are any suspiciously inconspicuous cars parked across the street.

Jerilyn Jacobs, is an attorney at Gonzalez Saggio & Harlan LLP, practicing employment law in the Milwaukee office. She is available at (414) 277-8500 or by email at jerilyn_jacobs@gshllp.com.