TRENDING
Home / Commentary / Blogs / THE DARK SIDE: What’s a library without a copy of Atlas Shrugged?

THE DARK SIDE: What’s a library without a copy of Atlas Shrugged?

I don’t normally write moving picture reviews here on The Dark Side. And with good reason: as of a month ago, I hadn’t been to the movies since 1998.

It is not as though, one day, I simply decided that I would no longer patronize such theaters. It was simply that I didn’t find the movies to be relevant to my experience.

And so, newly unburdened from any family responsibilities — like going to see really bad movies — I simply stopped going. Don’t be shocked; I wasn’t always the incorrigible reprobate you know today; once upon a time, I was a middle-aged, middle-class lawyer, who had to go to movies with the family, just like everybody else.

But when somebody finally made Part 1 of Ayn Rand’s novel, “Atlas Shrugged” into a movie, I had to be there. 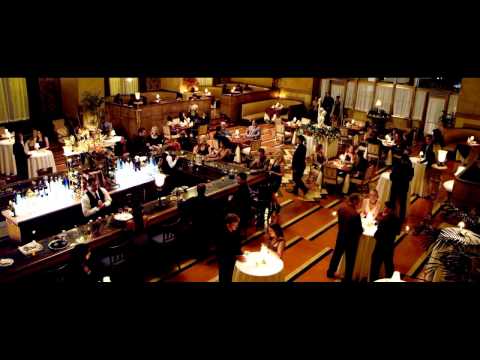 As expected, I loved it. The only real criticism I can offer is that the movie crushed into about two minutes a lengthy section that I thought was one of the most important sections of the novel.

The protagonist, Dagny Taggart, is searching to find the man who built a new type of motor while employed at the once-prosperous but now bankrupt Twentieth Century Motor Co., which just happens to be in the fictional town of Starnesville, Wisconsin, near the real-life town of Rome, Wisconsin. I’ve never been to Rome myself, but I have a good friend who grew up there; and from her descriptions, it sounds like the kind of place that has seen better days.

Anyway, in the course of her search, Dagny hears the story of Judge Narragansett, who resigned from the bench and disappeared from the world several years back. This withdrawal was precipitated by a reversal from the appeals court. The appeals court found it was unlawful discrimination for a banker to refuse a loan to a borrower, merely because the borrower was a lousy risk to pay it back.

Both the banker and the judge drop out of the world, preferring to go on strike than to continue to work in such an unjust society.

Here’s why: Tasked with writing a constitution for the new society that will emerge after the progressives have destroyed the old one, Naragansett simply rewrites the U.S. Constitution, plus one addition to the Bill of Rights — that the government shall not abridge the freedom of production or trade. And really, that’s all that’s missing.

With such an explicit provision, Lochner v. New York, 198 U.S. 45 (1905), would still be binding precedent, and we wouldn’t be facing the economic difficulties we have today.

So, as a lawyer and a Lochnerite, it was disappointing that there was no mention of Judge Narragansett in Part 1 of the movie.

Nevertheless, I enjoyed the movie immensely. I was concerned going in, though. Because the reviews were unanimously horrible, I wasn’t sure if my date, who had never read the novel, would like it (Actually, not every newspaper gave the movie a horrible review; some far left-wing publications, such as The New York Times, simply boycotted it altogether).

But I think my date enjoyed it even more than I did. She set out to the public library to get a copy of the novel. But get this: according to her, most of the branches of the Milwaukee County library system don’t even carry the book; and those that do have a lengthy waiting list.

As a result, it is rather difficult for me to take seriously recent complaints that state budget cuts will gut our public libraries. As far as I’m concerned, a “library” that doesn’t even have a copy of “Atlas Shrugged,” or that can’t keep enough copies on the shelf to keep up with the patrons’ demand for it, isn’t a library worth saving.

People might as well go to the movies instead.